I already knew the day when I would take this picture.  It would just have to be the first snow day of the year.  However, the exact date had yet to be determined.  It wasn’t until Friday, January 12th that the TBD date became manifest.  January 13th would be the day my Barn in Winter photo would be taken. 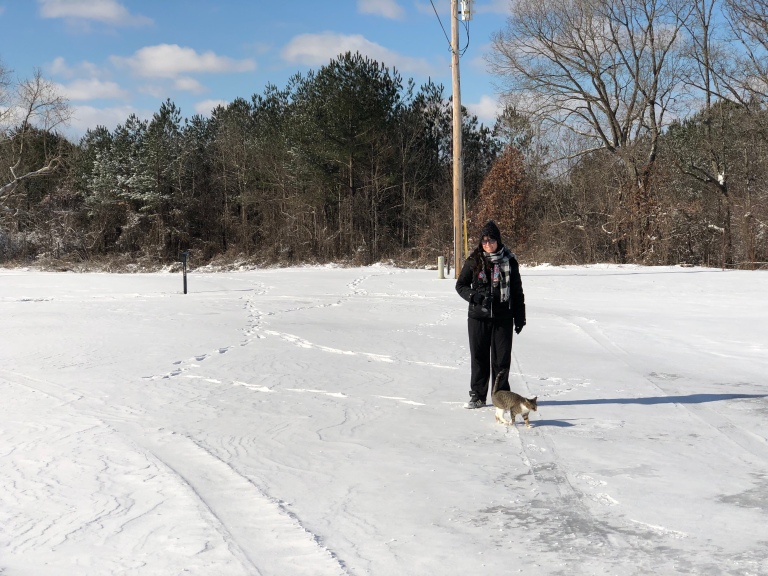 It was gonna be a trek.  After having snow all day the day before, the roads were in no condition to be driven on.  The barn isn’t that far, I told my guy when I asked him if he was up for a short walk down the road.  Sure, I’ll go, he said in so many words, and after we had our morning cup of coffee, we all dressed ourselves in layers, put Yuki’s sweater on, and headed out the door into the garage where Mittens the cat had been hibernating for the last 24 hours.  She has no interest in snow, unlike Yuki who constantly wants to go outside and eat it, but when Mittens saw all of us leave, she had to come too. 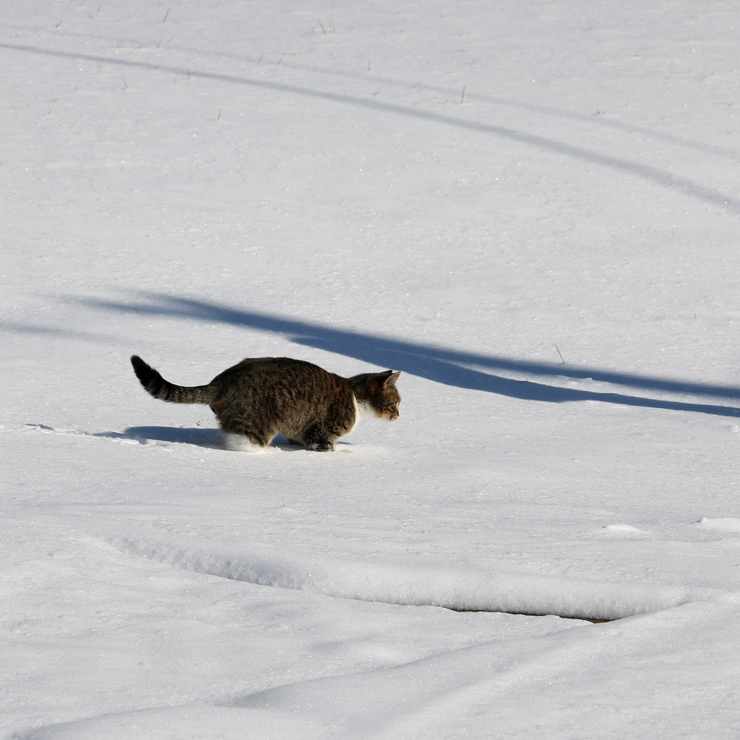 The final destination of this wintry trek was off of the main highway and we knew we wouldn’t want her to follow along the whole way, which she most definitely would – she loves Ethan and follows him even when he walks the dog if she is around.  So, Ethan took her home, we closed the garage and started again. 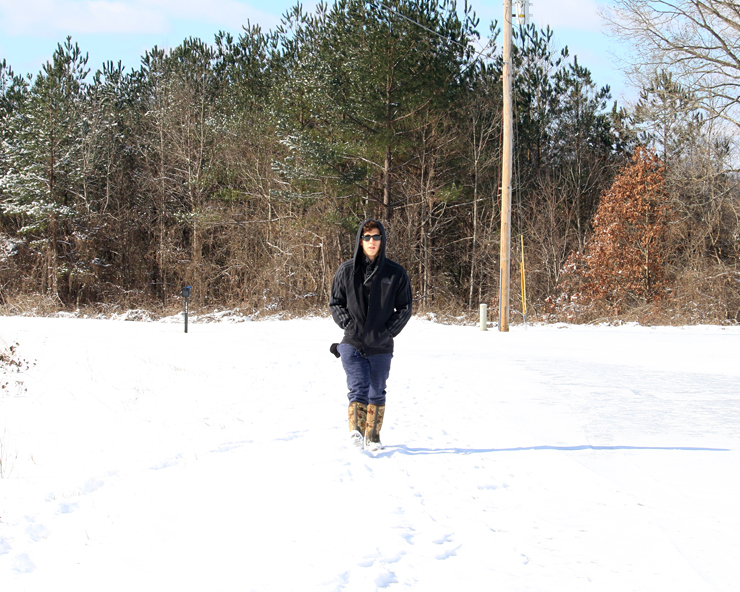 The wind was breezy and the snow was right on top of a nice layer of ice.  Only one person had driven down our road, the mailman, and the tracks were mostly covered.  We all did our best not to slip and fall.  I was only worried about myself.  I was wearing my boy’s tennis shoes because they were the only thing I could get my feet into with multiple pairs of thick socks.  They were a little big.  (Note to self, get some Muck boots next winter.)

I wasn’t cold, in fact everyone felt great.  Yuki didn’t even seem to care about all the snow balls that were collecting on her legs.  We just kept on trekking.  I had my eyes on the lookout for winter birds: a cardinal or a hawk would have been neat to get a picture of, but no such luck.  And I see hawks all the time normally.  Oh, well.

We got to the main highway and my guy asked, Where is this barn?

You know, the one just over that hill.  The one we drive by all the time.  Just over that hill seemed a bit further by foot.  And it slowed us down having to stop every time a car drove by because the road was mostly a sheet of ice and we wanted to make sure we were out of the way should any of these vehicles veer off in our direction. 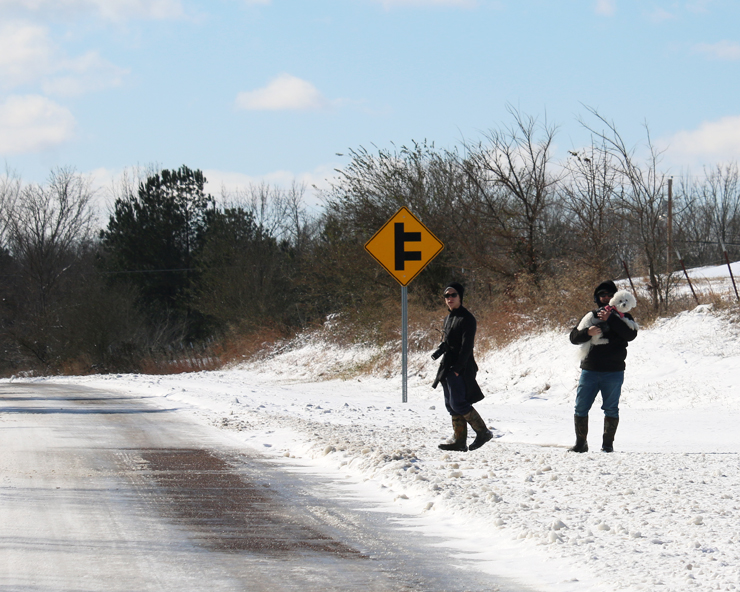 Finally we were almost there and I told Stephen and Ethan that I wouldn’t mind if they just wanted to wait where they were while I went ahead just a bit further to take the picture I dragged them all out for.  They waited.  I realized it was actually a bit further than I thought to get my usual shot at the angle I am used to, but I stayed where I was and took the picture you see here.

Stephen took a couple of pictures of his own while he waited for me.  Not of the barn, but I love how his came out, and I sneaked it off of his phone to show you all over here.

Ethan, he just wanted to pose by a sign and get another picture of himself for his Instagram account.  Take a picture of me here, he asked.

I walked just a bit further and was done, took a few pictures of the boy on my way back, and we started to make our way home.  Just seconds after we turned off the main highway, the TDOT snowplow came barreling down the road scraping and spraying everything off to where we had just been walking.  Had I taken any longer, we would have been pelted by a wave of dirty snow and ice.  We even had to turn our backs to keep from getting hit from where we were standing a bit off of the road.  I’m glad I didn’t go further.

An hour or so after we started, we made it home again.  But not before I asked my boy to take a picture of me now.

And that was our family fun time in the snow, this second weekend of 2018.  And this is my Barn in Winter picture, from a slightly different angle.

4 Replies to “Destination: A Barn in Winter”