I am sewing up a storm these days.  It sure seems that I am anyway.  Three dresses in one month’s time is pretty progressive for me, and I have another something on time for a Me Made Monday.  This is another Emery dress, and surprisingly it’s only the second one that I have ever made.  I am calling it The Vintage Poppy dress after this lovely fabric I found on red dot clearance at Joann’s.  I really like red, but I’ve never been a fan of it on clothing for me until recent years.  I have three red dresses now, all of which I have made.  I think I am liking it on my clothes more and more. 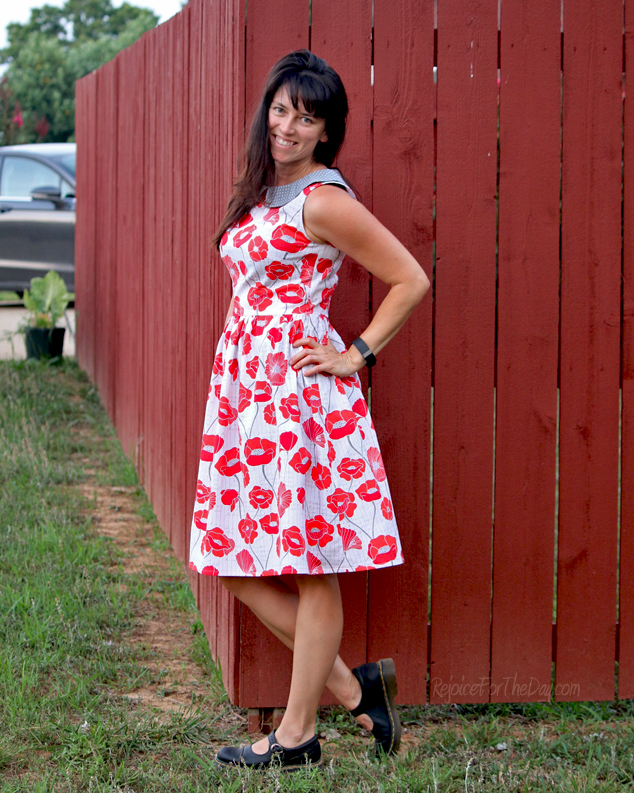 Last time I made the Emery dress, I wasn’t in love with it as much as all the other online sewcialists seemed to be.  I even pointed that out last year in my post.  I had fitting issues and I wondered how I would ever get this particular dress made with the Peter Pan collar since the dress as it came seemed to have too high of a neckline for me, plus I thought I would probably have to line my next dress, which I never like to do.  I made several modifications to that first make.  It was wearable, but it wasn’t a favorite.  I guess I just expected it to be a dress maker’s staple like everyone else’s that I had read about. 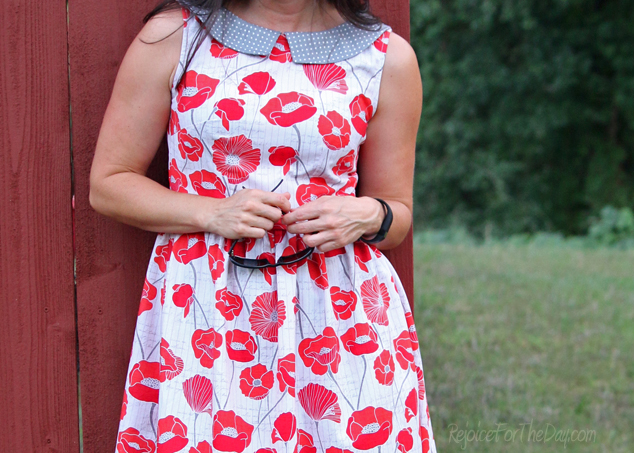 After this dress though, I can say that Emery has now been added to the tried and true section of my sewing patterns.  (I just now decided I have such a thing as ‘tried and true’ patterns, by the way.) 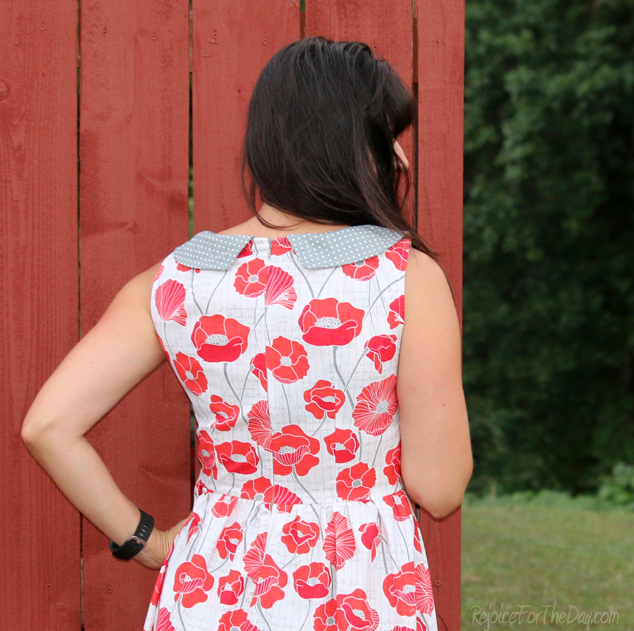 What I did differently this time:  First thing, I re-read what I had to say about my first version.  The back was too big, the darts were too low, and the shoulder seam needed to be taken up.  I remeasured myself and it seemed sizing down would be the first step to take with this make.  I cut out a size smaller, the size two for this pattern, and decided to make it exactly as intended – supposed high neckline and all.  I made just a few adjustments though.

I went with a 1/2 seam allowance at the shoulders since I always tend to have snug arm holes on all the dresses I make, and I made the bust darts that went with the size 0 because it was the highest dart of the bodice, and the last time I made this dress the darts here were too low.  Also, I did not line the dress, but instead made a two inch folded bias strip at the neck with understitching, and used pre-made bias for the armscye at a 1/2 in. seam allowance here.  To answer the question I had in my mind about making a collar without an inside lining or yoke facing, yes, it can be done.  I am pretty new to collar making after all. 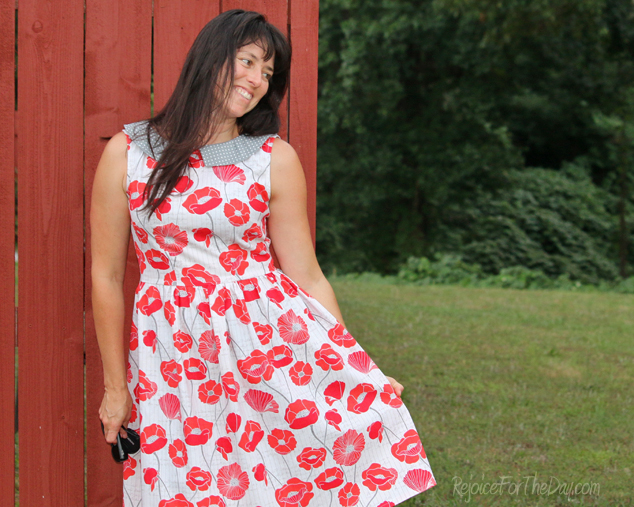 So this Emery dress was a success!  I even liked where the neckline hit.  It wasn’t too high after all.  I am very happy that I did initially trace this pattern out the first time I made it, or else I wouldn’t have been able to try a different size.  Maybe next time I make it I will work on that little problem I always seem to have called inserting sleeves.  I am sure you all will be seeing this one again.

March is just a memory now.
Had to say good bye to our bestest little friend this weekend. 💔
I’m making every effort to get outside this spring. I don’t know, maybe winter was just too long this year.
Magnolia blooms and light posts. ♥️
Oh, you know, just doing spring things. 🌼
“The walls of a room affect how we feel.” @photowall_sweden
Who is ready for spring? This week has been wonderful and I am really hoping winter is gone. 😎
Talked my guy into a little hike today. It was a beautiful day for it. 😎
This was January. Not my most exciting month, had the plague, but still memories I’m happy to have. ♥️