I started my 2016 in a very productive way, which is great considering I ended 2015 doing not much at all.  Yesterday was such a blah day for me, I really did nothing.  No sewing, I only briefly got on the computer to blog, and I hardly did any cleaning or any such things pertaining to housework.  I did make dinner, which was the easiest kind of dinner, premade; and I also threw my guy’s hunting clothes in the washer; but he got it all out to wear this morning so I did’t even have to do the whole folding and putting away bit.

So today, it’s a new day and a new year.  Crazy!  I have no resolutions or any such nonsense as that.  The way I see it is if you wanna change something, why wait for another year to come before you do?  If you are in need of change, do it now.  I don’t have any problems with goal setting, however, and I think it is good to have some from time to time.  I am debating on writing up a new post of goals today, but it wasn’t that long ago that I had a similar post up.  I probably won’t right now since I currently don’t have any goals ready to write about.  Give me a few days though, things like that tend to come and go into my mind fairly regularly.

My whole week wasn’t as blah as yesterday was, so let me fill you all in.  Or, remind myself, as is usually what these posts do best.

Sunday, there was football.  We got tickets back in September for a Titans game, and our game day finally came.  I would have never guessed that the last Sunday in December would have been the warmest game we’d been to yet.  We always go in December and it is always cold, or rainy, or both.  It was neither this day! 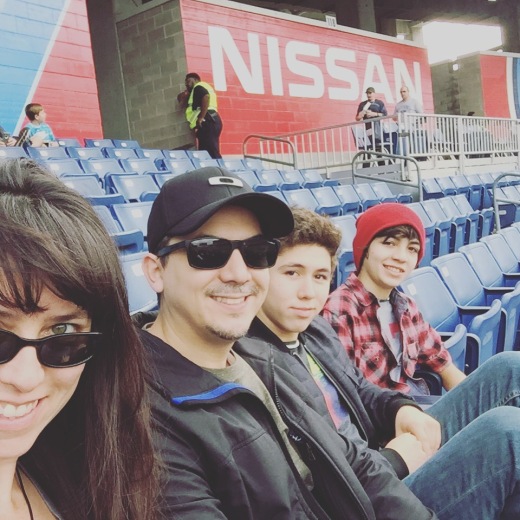 Monday, there was school, and lot’s of it.  Also grading.  As long as we’re doing school there is always that.  We also had a lot of rain this day.  Over two inches is what I collected in my rain gauge.

Tuesday, there was more school to do – it really is never ending for about nine months of the year – but the good thing about this day is that the sun shone a bit. 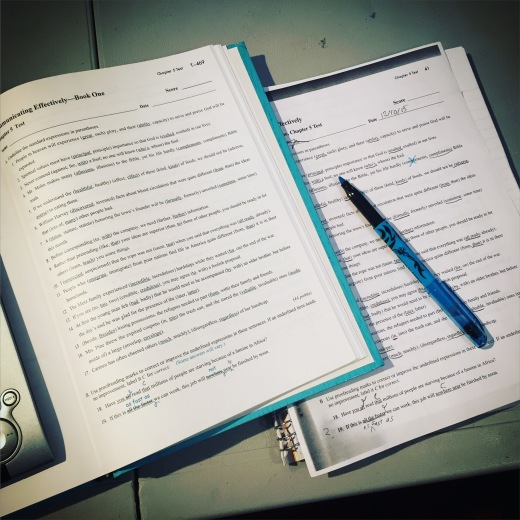 Wednesday was a little different than usual.  We had some friends make their way into Tennessee so we had a dinner get together at another friend’s house.  This may have been the highlight of my week.  Evenings like this are always wonderful!

Also on Wednesday, my guy came home with something for me: the Fitbit HR that I have been wanting for awhile now.  I know he gave me that Nike Fuelband a couple of weeks back, but it was my trial fitness tracker, and he got it knowing that it was too big for me and probably not the one I really wanted.  (It was a giveaway item at his work and that’s how he came to have it.)  So, never mind what I wrote about the Fuelband, this has taken its place – as I knew it eventually would. 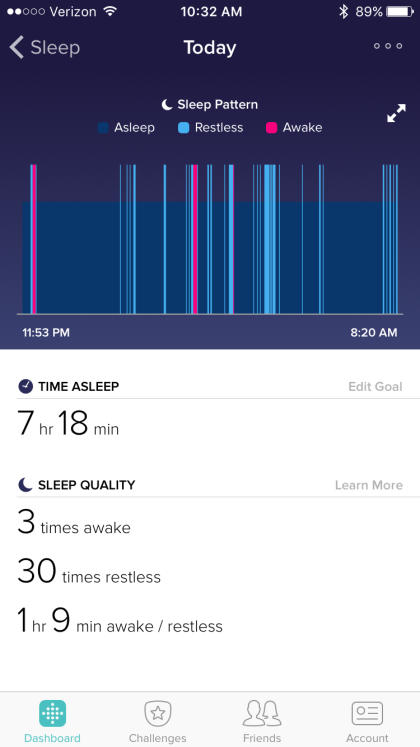 I already like it so much more.  I am particularly in awe of the sleep tracker.  I’ve worn it to bed two nights now, and think that my restlessness is due in part to my subconscious knowing that my every movement while asleep is being tracked.  I have yet to wear it for a normal gym workout, I have once again taken it easy with this part of my life, only going twice this week.  (Both days before I got my new FitBit.)  I have next week to look forward to that, or if I decide to go today.

Speaking of today, I really doubt the gym will be happening.  It’s another day off for my guy, and I’m happy about that.  The three of us went out for lunch, which also served as dinner, so no cooking for me today – I am always happy when that happens.  And after all that food, I am really not in the mood to work out.

That is about all I have to say on this January 1st of 2016.  I have several hours left of my day before I will be calling it quits.  Maybe now I am in more of a sewing mood.  Or maybe I will go and read a book.  At least it’s one of those lazy days so I will try and not feel guilty about doing either.