There are 53 Fridays this year, so today’s post means we are one week away from the end of 2016.  I was wondering how well I ended up doing with these Friday posts now that the year is almost at an end.  There were 21 Friday posts, a few of which were intended for Friday but posted on a different day.  My longest streak was nine Friday’s in a row and those were for the first nine Fridays of the year.  I kind of thought I did better than this, but I can be happy with more than half a year of blogging consistency.  This post and next week’s post will make for 23 total.  Yes, I am going to do everything I can to get a regularly scheduled Friday post up next week, so stay tuned for that.

These Friday posts I know aren’t anything spectacular.  They serve as a way for me to remember my weeks and the little things that stood out to me.  Mostly they are for me, but I am happy to have anyone else read along.  Part of the reason I started dragging my feet about them was because I started to think my regular, daily life was just that, too regular and too daily – not exciting one bit.  I realized in the last few weeks though, that it didn’t matter.  I’m not going to let it bother me that these specific posts tend to sound the same week after week.  It is what I am up to, and I like to read back on these later and remember all the things that were going on.  Part of my good memory is the fact that I record so much of my life.  If not here, in a daily journal that I try and keep up with most of the time. 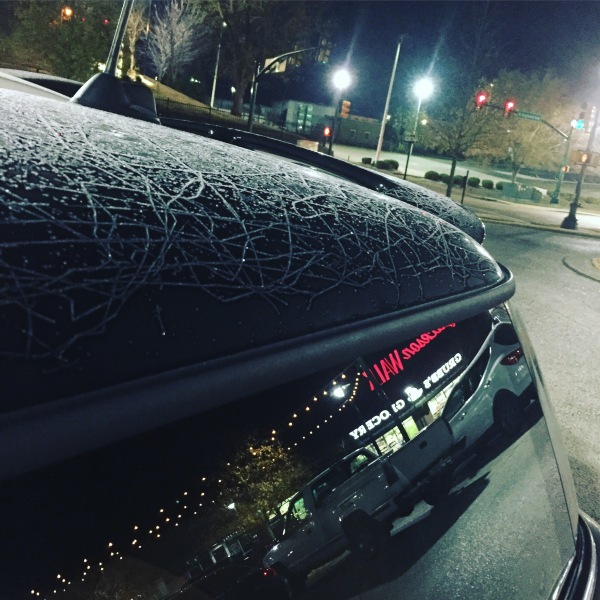 So about this week, the second to the last of 2016.  It started very cold on Sunday.  We had 70 degree weather Saturday until the evening then a cold wind blew through bringing lots of rain, some ice, and below freezing temps for two days.  The family and I went out for a nice dinner Saturday before the weather got bad, and then spent the day on Sunday indoors, warm and cozy.  They watched football and played XBOX while I listened in and sewed.  It really was a wonderful day considering how cold it was outside.  (In fact this whole week was a wonderful week.)  We did venture out later in the day to get a replacement head light for my car.  Woo hoo!  Stephen was able to replace it himself.  It was really easy so I don’t know why the Mini manual made it seem like you had to take it in… Wait, yes I do know.

With no ice on the freeway, my boy and I made our way to Franklin Monday morning for an early dentist appointment.  We got there just to have the office call and tell us the heater was broken so we would have to reschedule.  Bummer, but this just left me with more spending money and a pretty good sized Costco/Joann’s shopping list to shop for.  I came home with lots of food and probably more material and patterns for me than I should have.  My boy also came home with a few more pairs of joggers than he should have also.  It was a bit of a splurge, but I’ve already gotten over it.  We were home early enough this day to make it to Jackson to meet my guy for an evening out.  It was a fun day!

The rest of the week was spent doing school.  We do have some work scheduled for next week, so we are trying to get as much of it done as we can to make for two weeks off.  Looks like we will have for sure a week and a half off, which works just fine for me.

Between school lessons and catching up around the house, I’ve been trying really hard to finish any unfinished dresses that I have lying around from the year.  I have to be in a mood for seam ripping though, and Thursday night was the perfect night for it.  I’m almost done with the two I’d like to finish.  I also have a bit of a me-made pile up to post over here on the blog.  I’m hoping to get them up next week, before the year is over.  Prepare yourselves, there may be more about me-made dresses next week than you’d care to know about.  Or maybe not.  We shall see. 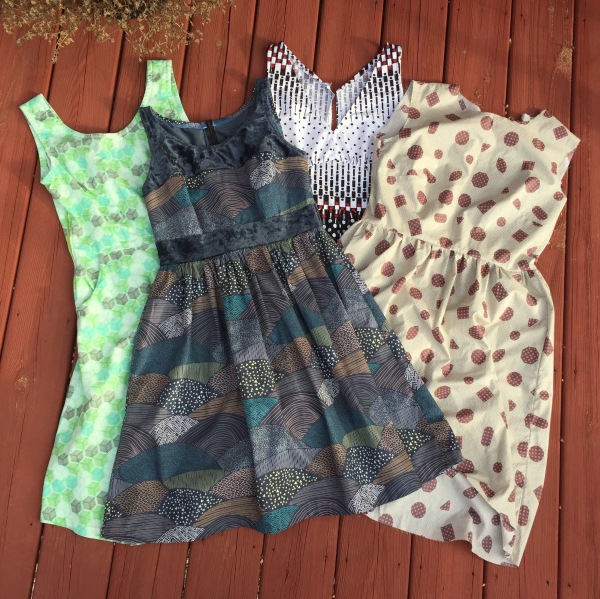 And that is about it for this week.  We’ve got a little bit of sun shining outside so I should take advantage of it and take Yuki out for a walk before it goes away.

Have a great weekend, everyone!