A good Monday morning to ya all!  I’m right on time for another me-made-Monday.  And this week, I’m showing you a dress I made last month called Joann.  She’s not unlike other dresses of mine, but she does have her own personality that makes her a bit of a stand out. 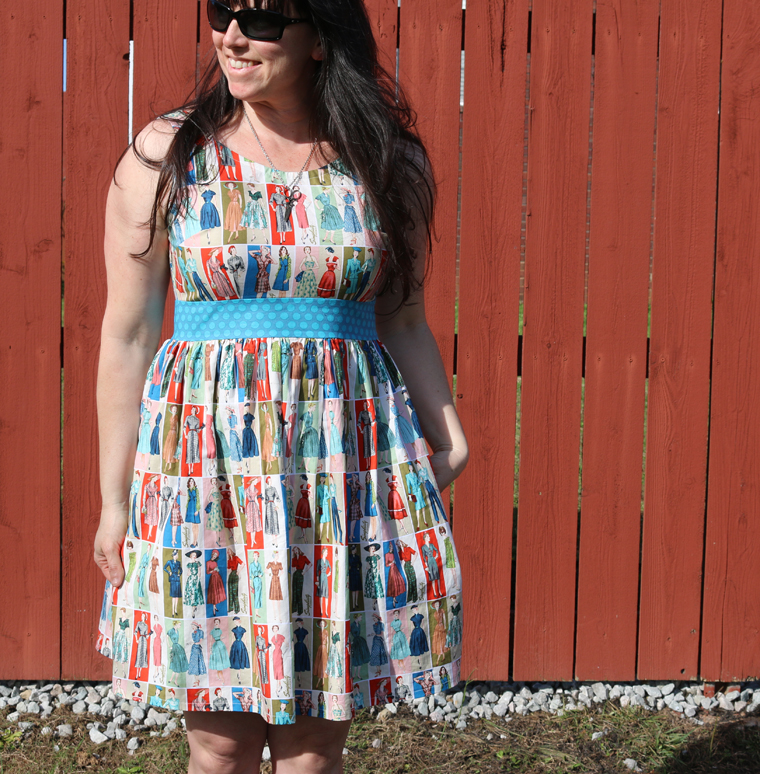 Made entirely from fabric that I found at Joann’s, thus the name, and made from my most made pattern: Sew Serendipity’s Monique dress.  (I don’t even know how many of these I have made.)  I really should try and make my next one with a little more pattern variety.  I’ve only done the pieced bodice once, but I have several cuts of fabric that I bought with this specific dress in mind.  Not sure I will ever get tired of it.  In fact, you all may get tired of seeing it before I do.  (Note to self: I totally forgot to extend the skirt part by a couple of inches since I wasn’t making it with a hem band.)

Let me talk a bit about the fabric.  It’s 100% cotton and showed up at Joann’s a few months ago, maybe the end of last year.  I saw it in a flyer and when I went to my local Joann’s, it was there just out of the packaging.  There were two different varieties, and I think the other one had the pictures in a bigger size.  The print is old vintage Simplicity patterns.  I spent more time trying to pick out a fat quarter that I thought would make a good waistband contrast than I did thinking about what I’d make with the material. 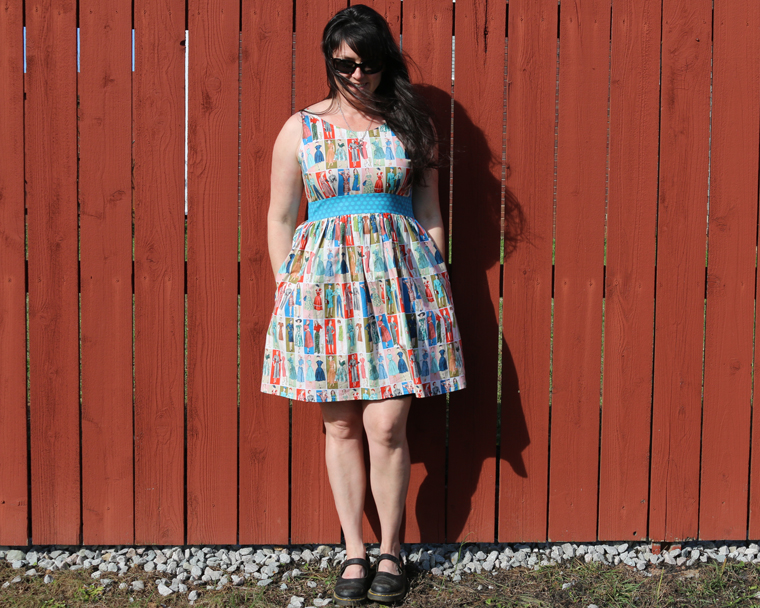 And that is all I have to say about this one.  I’ve already worn it twice.  And no doubt it will get plenty of wear year round.  You have not seen my last make from this pattern, in fact, I should just start calling it my Erika dress instead of the Monique dress.

Thanks for stopping by and reading.

Don’t forget to take a break once in awhile.
Fall is getting close. Can’t wait. 🍁🍃
Clips from August. 🍇
Last week I did one thing for me every single day. One day, I bought myself flowers. They still look great and make me happy every time I see them. 🌻
July, another month in the books. ❤️
Two times the trouble. 😂 These two keep me entertained daily.
Honey!
June. Puppies and gym life with a few little drives here and there. ♥️
Practicing that mirror selfie. 🤳