The difference between jelly or jam, I have this question no more.  My aunt kindly emailed me and gave me the run down of the two after I asked this when contemplating what to do with the wild cherries that were sitting in my refrigerator at the time.  The decision was made, jelly it was!  Although, my wild cherry jelly looks more like wild cherry syrup, but that isn’t stopping me from using it like jelly on my toast in the morning when I do decide to eat breakfast.  Nor is it bothering me one bit to be spooning the stuff on my ice cream when I feel like a little something extra after dinner, or even after breakfast for that matter.  Ice cream for breakfast?  It sometimes happens around here.

About this jelly, it was my first attempt at two things: one, at making jelly, and two, the whole process of canning – on my own that is.  (I have canned before, but my part in it was not very hands on.  I was more of an observer.)  I was completely on my own this particular night, and let me give a bit of advice to anyone wanting to make jelly: don’t decide to start at 8 o’clock in the evening – bad mistake!  Also, it helps to have cleaned and sorted all of those little pieces of fruit beforehand.  Plus, realize you don’t have the proper equipment before thinking you should even start this little project.

These wild cherries are small, and they do take some time to sort through.  I had started a few days earlier and thought I only had a little bit left to go, but that was an underestimation.  I had many more to do and it was already getting late.  I only had one pot big enough for boiling the cherries, and it turned out I hadn’t thought that far ahead when I realized that this was the same pot in which I intended to use to sterilize and can the jars.  I was glad I remembered about the chicken pot I had that was used to shrink wrap the chickens that we had processed last year.  It was originally a canning pot that I never thought I would use for anything other than dunking chickens.  It came in handy a couple of weeks ago that is for sure.  A little overkill as far as size went, but it worked when I had nothing else that would. 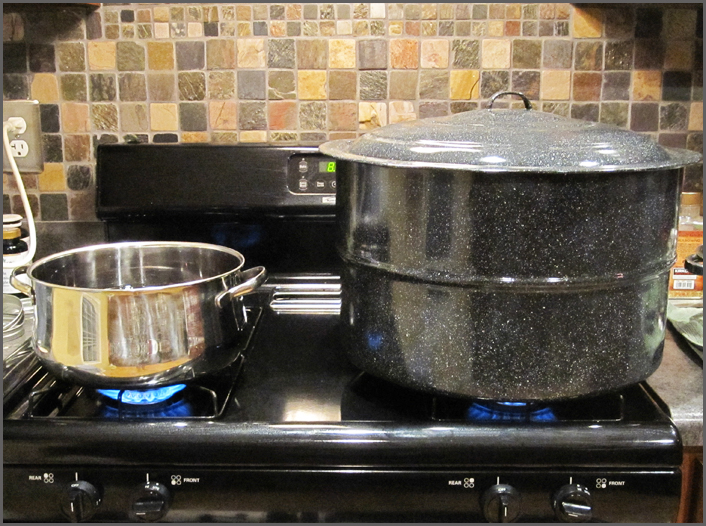 I was fine with these couple of undersights, but what I wasn’t prepared for was the missing pectin.  I had gone to the store earlier for this specific item.  It was the only thing I knew I didn’t have for making jelly, and when I strained the liquid from the fruit, it was nowhere to be found.  This was when the tears came pouring out.  I was sure I had lost my mind.  What was I doing making jelly to begin with?  There was no way I was up for such a task not even being able to keep my ingredients in order.  I hunted everywhere for this missing box that I needed right that very minute – it was nowhere!  Both my boy and my guy had had enough at this point, and it was suggested that I just toss it; try again another time.  Not exactly what I wanted to hear, so I wiped my eyes and made the 10pm trek to Wal-mart.  Surely the bag it was in just didn’t get picked up by us, and it would be there at the service desk waiting for me.  No, it wasn’t, but I know I bought it.  The nice lady must have seen the distress in my face, and she let me get another one without a second thought.  I really don’t know what happened to that box of pectin, but my jelly making attempt was at least no longer for nothing.  I headed home and finished what I had started. 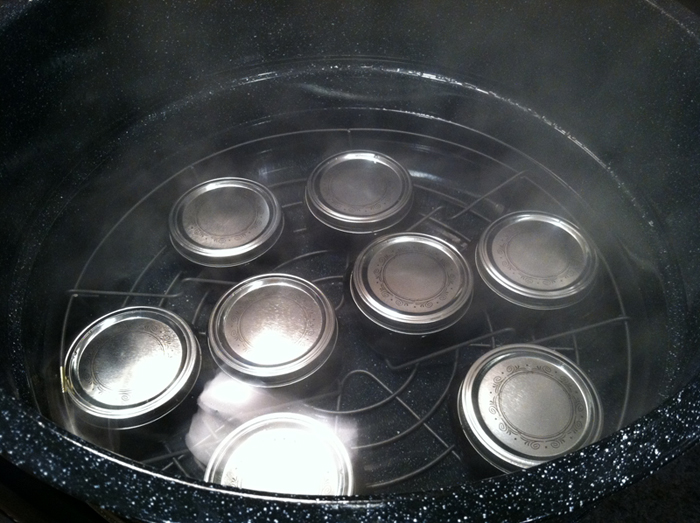 I ended the evening relieved that I had something to show for all of that work of sorting wild cherries, and fretting over my lack of canning skills.  I even received several compliments on my finished product, which made the whole drama of it pretty much go away (until just now as I wrote this up, and relived the whole stressful situation).

I can say I learned a few things that evening, and that is always worth something in the end.  I will be making jelly again; only next time, much earlier in the day and with all ingredients in sight.  🙂

Have you ever made your own jelly or jam?  Any favorite flavors?

*Linking up with:  Tuesday’s With a Twist & Do Tell Tuesday.

4 Replies to “Jelly or Jam, There is a Difference”